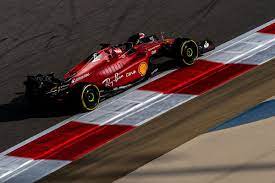 This Week in Motorsports - March 24

The Formula One race in Bahrain created the first look at a different 2022 hierarchy of winners and key players this year. To start with Ferrari finished first and second with winner Charles Leclerc leading the whole race. This was a first for Ferrari since 2019. Mercedes, with Lewis Hamilton and George Russell driving, were not a factor in the event earning third and fourth place respectively because of attrition. The most significant of that attrition was the current champion team of Red Bull where Max Verstappen and Carlos Sainz both dropped out after posting the only serious challenge to Ferrari. Verstappen reportedly had engine trouble and Perez spun out with only two laps left. McLaren was almost last battling with the always last Williams team for that distinction.

It was a different Formula One race to say the least. It ha sthe media experts using terms like “The end of an era,” in reference to Mercedes. Go figure. We will see if one race, the first, is indeed the definition of a twenty-two-race season for Formula One. Stay tuned. The finishing order was Leclerc, Sainz, Hamilton, Russell and Ian Magnussen driving the heretofore defective Haas car to its best finish ever. He was “let-go” from that team at the end of 2021. The rest of the order was Valtteri Bottas, Estaba nOcon, Yuki Tsunoda, Fernando Alonzo, and the first-ever Chinese F-1 driver, Gunayu Zhou, who finished tenth and earned an F1 point in his first race.

The Indy car race in Texas saw a breathtaking pass on the last corner by Josef Newgarden over the season-opening winner Scott Mclaughlin. The race was fast and furious with errors by new drivers taking out other cars resulting in high-speed impacts with the NASCAR Safer walls that likely saved a few lives. There were very few spectators which looked even worse due to the large grandstands. Marcus Ericsson, Will Power and Scott Dixon completed the top five. NASCAR driver Jimmie Johnson drove his best race by far finishing a respectable sixth in the twenty-seven-car field. The win by Newgarden was the 600thfor Roger Penske and second in a row for 2022. His cars placed first, second and fourth. It looks like a Penske and Ferrari year in 2022. What about Super Cross?

Eli Tomac has taken over the Monster Energy Super cross point championship in the 450cc class winning last weekend in Indianapolis, his fourth win in a row. Riders like Cooper Webb, Ken Roczen and Marvin Musquin, his normal competition, have not been finishing well leaving Tomac, the American rider, 51 points ahead of Justin Barcia and Jason Anderson who are tied for second place in the points with the season- end nearing.

Last week’s SCCA Majors event at Thunderhill produced three long days of racing with winners in several classes earning points for a starting birth in Virginia at the SCCA Runoffs. There were too many winners to list them all, but you can go to the SFRSCCA.org, the Club Web page, and plow through the results? The SCCA returns to Thunderhill in July.

Californians continued to beat the World of Outlaws in their western swing with Carson Macedo taking the win in Merced and California rain taking center stage in Watsonville. The WoO races in Bakersfield and Perris this weekend before heading east again.

Atlanta Motor Speedway earned mixed reviews last weekend with all three divisions on what is now called a 1.5-mile Super Speedway. The high banking produced two hundred mile per hour speeds, a few multi car crashes and a win for William Byron, the third of his career, first this year and the third for Hendrick Motorsports that already has Kyle Larsen and Alex Bowman qualified for the year-end playoffs.

My take on the Cup race was that it was too long, way too long, and that it was not a super speedway event and it was not a typical Atlanta event and, therefore, I am not sure what it was? I think we will all have to wait for the second event at the generally exciting Atlanta Raceway to see what it really is when it comes to defining the action there. The trend for surprise top finishers continued in Atlanta with Ross Chastain second followed by Kurt Busch, the best Toyota, Daniel Suarez-Chastain’s teammate, and Corey Lajoie. If this trend continues Chastain, Kurt Busch, Suarez, and Tyler Reddick will be the names we are all talking about.  It is worth noting that coming off the last turn Bubba Wallace was in a podium position but crashed with Justin Haley and Brad Keselowski and dropped out of the top ten. Another interesting observation is that these new cars with fiberglass bodies can take substantial hits and, as long as the wheels stay on and are pointed in the right direction, they are able to continue with relatively little adversity.

After five races this year there is only one driver who has won twice in his NASCAR class as a result of beating the competition and not luck. That one driver, who likely should be in the Cup series for Toyota to help his faltering senior teammates, is none other than the 19-year old grandson of Joe Gibbs. You guessed it! Ty Gibbs has won twice, has the only stock car win for Toyota so far this year and is clearly dominant in the Xfinity class. To be fair, absent some late race bad luck, the Dale Earnhardt Jr., aka Kelly Earnhardt cars, were running first through fourth at one time. Equally unique, all four were involved in a late race crash that took them from serious contention in the closing laps. Austin Hill was a threat to win but got beat on the final restart and finished second. A. J. Almendinger finished third with Riley Herbst, Landon Cassill and Mason Massey following.

Corey Heim won the truck race on Friday night over Ben Rhodes and Ty Majeski. Heim drives for Kyle Busch Motorsports, one of the top race teams in the series for many years. The race was not that great from my perspective which goes to show you that every weekend presents a different set of possibilities and results such that no one race series, driver, team or track can be said to be predictable.

There were 36 cars in the Cup race and the truck race and 38entries in the Xfinity race at Atlanta. The NASCAR show is in Texas this weekend at the Circuit of the Americas [COTA], a track funded by the State of Texas for tourism revenues and which was recently repaved. This may impact the on-track racing action. No matter though since last year the event suffered torrential rains that determined who won and caused several smashing crashes before race officials said enough was enough. It ended with Chase Elliot winning. Elliott is the only Hendrick driver who has not won this year. I would guess that this is his weekend to do just that.