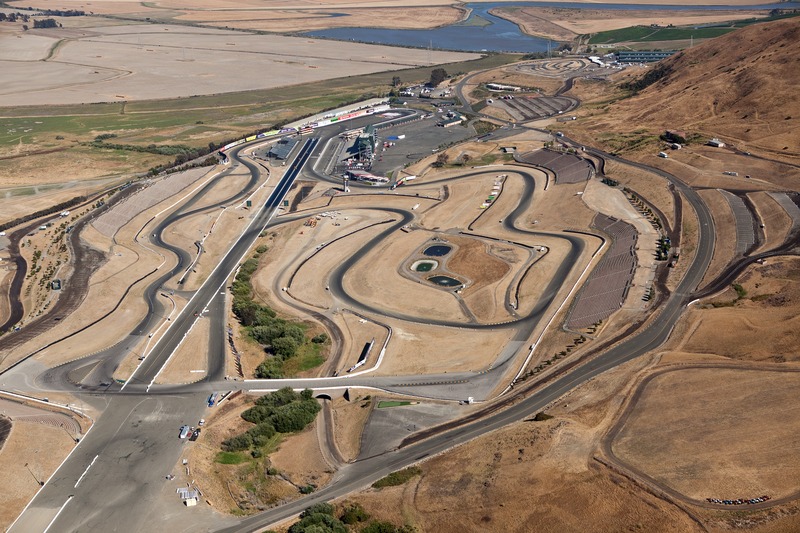 This Week in Motorsports - June 9

If you watch NASCAR on TV and enjoy it, you should go to Sonoma Raceway this weekend. The venerable road track is two hours away from Willows as long as you go when the traffic is not bad. It is bad at the times you would expect which is two hours before the green flag falls and two hours after the checkered flag falls on Sunday. You could go Hwy 29 through Calistoga and Sonoma itself, but this alone is considerably longer. I will go at 7am on Saturday and earlier on Sunday and skip Friday.

You will see the new CUP cars in action on what I believe is the original NASCAR track not including the carousel. I noted at my last visit that the track crews were preparing that area where the cars go off and comeback on the track exiting what would be their fourth turn. No matter. The new CUP cars are far more adaptable to a road course than last year’s model. I think the racing will be better and the carnage a bit more due to the ability of drivers to get along side of each other and race. I hope I am right.

The Camping World Truck series races there on Saturday incase you want to see them up close and personal. They tend to be far more crash-em, bash-em than the CUP cars. We will see. As always is it on television on FOX Sports.

Joey Logano became a two-time CUP winner last weekend in Illinois joining Ross Chastain, Denny Hamlin, and William Byron. Entering the Sonoma race this weekend, it is any one’s race. Last year Kyle Larsen dominated the event for the win but that team seems to be just OK given their hot and cold performances. I think that the new car may play better to some of the other teams at Sonoma. Chastain won at the first road course race this year at the Circuit of the Americas in an awesome finish that would make this weekend races the talk of the area.

There have been eleven winners in sixteen races so far in2022 and it seems that the customary top drivers are in control since the last two races have been double ups for Hamlin and Logano.  There are no more road course ringers these days and the Toyotas seem to have found something making them a serious threat each week.  Chase Elliott looms large as a potential winner but my hope is that we get a new winner in the form of Tyler Reddick, Daniel Suarez, Ryan Blaney or Martin Truex Jr. Truex followed Larsen across the line last year and was his closest competition. Sonoma Raceway is located at the corners of Hwy 121 and 37. This is your chance to hear the engines roar, see the color schemes up close and in bright light and watch the drama unfold as I hope it does this Sunday and Saturday if you include the trucks.

The Camping World Truck series has a driver who has won three times in the form of Zane Smith who wields one of two Fords in the series.  He currently rests third in the regular season point battle among six Chevys, twelve Toyotas and the one other Ford. He won at COTA and is a serious threat to win again on Saturday.

If you choose to make a weekend of it you can go to nearby Petaluma Speedway Saturday night and watch 360 winged sprints and a host of other classes in a show that has to end by 10 pm. A hotel room in Petaluma is not a bad idea.

Logano’s win last week at Gateway Speedway in Illinois was not nearly as exciting as Hamlin’s win the week before, but it was good. He beat the Busch brothers to the line with Kurt in front of Kyle. Blaney was next followed by Aric Almirola.  A. J. Almendinger was the talk of the race flying back that morning after winning the rain-drenched Xfinity race in Portland Oregon.  He finished tenth in the CUP race.

The Portland event was totally entertaining as the big stockcars slipped and slid around the narrow course there. Myatt Snyder took second followed by Austin Hill, Josh Berry and Justin Allgaier. There was too much contact and slipping off track to report it all, but I feel for the track if they had to pay all the costs of having a NASCAR Xfinity race there and then suffer a rain-reduced crowd. There were Portlanders in attendance because they live in the rain that we wished we had. The reality is that the track had to be impacted and the cost of the race could not have been cheap. I suspect the City of Portland has enough money to cover the deficit if there was one? There had to be. Maybe Willows could help us pay for such things?

The INDY cars raced for the last time at Belle Island in the Detroit area after a twenty-two year run. The street course saw Will Power return Roger Penske to the winner circle in a race that was made more exciting at the end when Alexander Rossi closed in on the leader lap after lap until the checkered flag when Rossi was only a second behind. For reasons that were not shared, this will be the last race at this venue for the Indy cars or any race cars for that matter. After Rossi came Scott Dixon, Josef Newgarden and Pato O’Ward.

Road America is next for the Indy cars this weekend. Check USA and NBC for television information. Rossi is reported to be leaving Andretti Racing and going to the McLaren team for 2023.  He has not won in Indycar race in well over a year!

The American Federation of Motorcyclists race this weekend at Thunderhill on the 3-mile course if you want to see the two-wheelers do battle in death-defying on-track action. Admission once again is FREE but know that it would be $30 a person minimum anywhere else.

The Sports Car Club of America returns to Thunderhill the following weekend for a full schedule of wheel to wheel racing. Admission remains free to all of you so come and check it out. Action next weekend is from 9am to 5pm Saturday and Sunday.