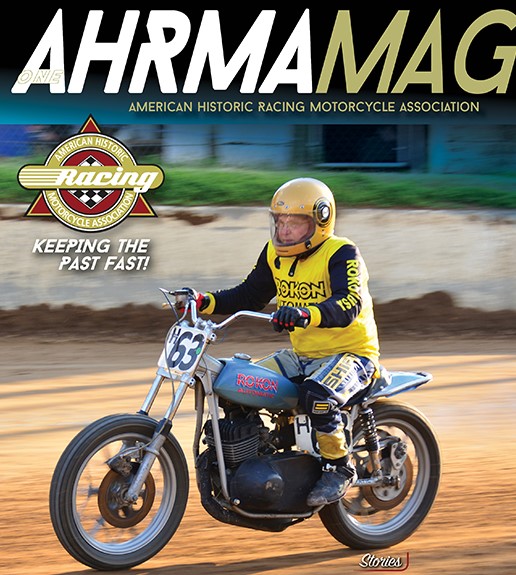 This Week in Motorsports - April 29

Thunderhill Raceway Park, Orland Fairgrounds Speedway and Chico’s Silver Dollar Speedway will roar to life this weekend with vintage motorcycles on the three-mile track in Willows, NARC sprint cars on the dirt in Chico and a bunch of classes dusting up a storm in Orland. Imagine three significant motorsports venues within about thirty minutes of the citizens of Willows, Orland, and Chico. And there is more. Marysville Speedway races on Saturday night as does Placerville Fairgrounds but Cycle Land in Oroville is dark as the promoter there is the dirt track wizard at the two-night Chico races.

Thunderhill will feature AHRMA vintage motorcycle races all day Saturday and Sunday with an admission fee of $15 at the gate. Vintage here refers to bikes from the thirties, forties, fifties, and names like Indian, Bultaco, Triumph and more. Other surfaces at the 5250 Hwy 162 venue will also be active with Turn 8 on Saturday and On-Grid on Sunday. Both are open track events on the two-mile track. Both skid pads will also be occupied.

The Friday event in Chico starts with a big 360 sprint car show honoring the memory of Bill Brownell and Tommy Herseth, two gentlemen who did a lot for racing in our area. Saturday the NARC winged sprint cars will take to the dirt for their second race of the season.  The race honors David Tarter, a young driver who was killed at the track some years ago. Track co-promoter Colby Copeland leads the points in the NARC series following a dominate performance in Stockton. A large field of the best winged warriors are expected to do battlestaring at 6pm.

Both the NASCAR Xfinity and Cup races at Talladega went haywire in the closing laps gifting wins to Noah Gragson and Ross Chastain. Gragson survived a brutal Xfinity race that claimed popular Ty Gibbs, Justin Allgaier, Daniel Hemric, Brandon Brown, Austin Hill-the race-long leader, and more. At the finish line the media and the fans, after intensive hype, were all rooting for the black #3 driven by the grandson of Dale Earnhardt Sr., who died in a crash in 2001. His second-place finish was well received and left this writer hoping that such gimmicks do not become common place. A. J. Almendinger finished third and won the Xfinity $100k for doing so. His other three contestants for this prize were largely crashed out. Ryan Seig continues to push his name in front of the career makers with a fourth-place nod while Landon Cassill did the same with a fifth-place finish. The Xfinity series has developed its own cast of characters since the Cup drivers have become less involved in these races. They race with the Cup boys this weekend in Dover, Pennsylvania.

Ross Chastain become the second driver joining William Byronas the only two-time Cup winners in the ten races run thus far. Chastain’s win came after the watermelon driver did nothing on the last lap but stay in his groove while others, including Kyle Larsen, Eric Jones, and Kurt Busch went haywire handing the win to Chastain. He was pushed across the line by Austin Dillon who finished second.  Kyle Busch got third with Kyle Larsen, Martin Truex Jr., and Jones following. Jones was piloting the #43 Chevy attached to Richard Petty, the ultimate driver in the sport, historically speaking. One might wonder what it would be like if the news read on Monday, “Richard Petty and Dale Earnhardt Sr., entries score in Talladega races.” A great many Cup cars were destroyed in the race including, Joey Logano, Chris Bell, Daniel Suarez, Chase Briscoe, Bubba Wallace, Kurt Busch, Ryan Blaney, Tyler Reddick, and Ricky Stenhouse Jr. These drivers and more will likely have to pull a new car off the shelf. Denny Hamlin appeared to run out of gas on the last lap.

Brittany Force, Matt Hagan, Erica Enders and Steve Johnson won in the final race ever at the Houston Raceway Park. This was the 35annual NHRA Spring Nationals and the last because the track is closing.  For John Force’s daughter this was her secondwin in a row as she defeated Justin Ashley in the final using reaction time andmore engine to run 321 miles per hour in 3.767 second to Ashley’s 329 miles anhour in 3.367 Elapsed time. Remember it is the first car to the finish linethat wins not speed and ET. Hagen, driving for Tony Stewart, beat popularunderdog Bobby Bode with a 326 speed in 3.982 second elapsed time. In Pro Stocan all-female final saw Enders beat another popular underdog, Carmrie Caruso,comparing a 210-mph run in 6.568 seconds to a 209mph in 6.624 Elapsed time.Steve Johnson went 200 miles an hour to beat Matt Smith in Pro Stock MotorcycleSmith ran199.9 mph. The NHRA is in North Carolina this weekend.

Max Verstappen dominated in winning the Formula One race in Italy. The massive crowds that these races have experienced in Australia, Saudi Arabia and Bahrain paled in comparison to Italy where all the Ferrari fans in red mobbed the course. They were rooting for the prancing horse of Charles Leclercand Carlos Sainz. Leclerc gave Verstappen a run for his money finishing second in the Sprint race on Saturday but he crashed out on Sunday in the late stage sof the race. Sainz also crashed but right at the start on Sunday. Lando Norris finished third while Mercedes new driver George Russell got fourth with the former driver of that car Valtteri Bottas, finishing fifth. Leclerc recovered to finish sixth. Lewis Hamilton finished an amazing thirteenth, a lap down. What’s up with that?

Indy cars race this weekend at the Barber Motorsports Park in Alabama while the World of   Outlaws visit the Bristol dirt for both Late models and Sprint cars. Kyle Larsen will race both after winning earlier this week in a late model race at Eldora. USAC Silver Crown cars race at the legendary Terre Haute, Indiana dirt track, the hometown of the late Tony Hulman, former owner of the Indianapolis Motor Speedway. Practice times recorded for the 106th running of the greatest spectacle in racing, Indy, are just about 230mph. An entry of 32 cars will expand to complete the traditional 33 car field. Perhaps a team will offer Larsen a back-up car for a shot at the double, the World 600 NASCAR race, and the Indy 500. Could be?