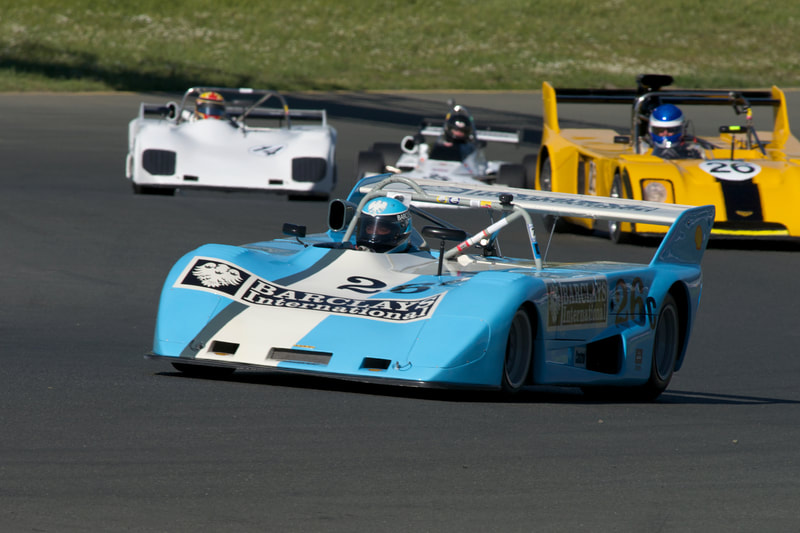 Thunderhill is hosting the Sports Car Club of America season final this weekend where a great many class champions will be crowned. Racing takes place all day Saturday and Sunday from 9am to 4pm. Sunday’s races will use the five-mile track. Admission is FREE at 5250 Hwy 162 in Willows.  Next week the Classic Sports Racing Group will bring a large number of pristine vintage cars to the track for high-speed action from the 50’s 60’s and 70’s. Again, admission is free.

Can you imagine two races involving different classes of race cars and different drivers actually mirroring themselves? It happened last weekend at the NASCAR races in Florida at Homestead Raceway. The Xfinity race was dominated by Noah Gragson. He won both stages and the race going away. Kyle Larsen dominated the CUP race. He won both stages and the race going away. There were few incidents in either race. Both endings had a late race yellow flag that bunched up the field and put the race win in doubt for Gragson and Larsen. Both drivers struggled a bit and then drove on to win. They were carbon-copy races in a historical sense.  For the likable Gragson it was his eighth win of the year. For Larsen it was his nineteenth CUP point race which does not include his two All Star million-dollar wins. Both races had the same feel and both winners were immensely popular among the fans.

The CUP race finishing order was Larsen, Ross Chastain, A.J. Almendinger, Austin Dillon, Brad Keselowski, Martin Truex Jr., Denny Hamlin, Kevin Harvick, Kyle Busch, and Daniel Suarez.  The four CUP finalists with one more playoff race to go are Joey Logano, Chase Elliott, Chastain, and William Byron. Just below the line and likely to get in are Denny Hamlin and Ryan Blaney. Out of it for sure unless they win this weekend at Martinsville are Chris Bell and Chase Briscoe.

The finishing order for the Xfinity race was Gragson, Ty Gibbs, Almendinger, Daniel Hemric and Sam Mayer. The four finalists going into Martinsville are Gragson, Josh Berry, Gibbs, and Almendinger. Justin Allgaier and Austin Hill have a mathematical chance of bumping in and they, along with Mayer and Brandon Jones can win and get in. There is one more race for these two classes of NASCAR stock car racing before the four final finalists meet in Arizona to see who the2022 class champions will be. The Truck series already has seated Tye Majeski, Zane Smith, Chandler Smith, and Ben Rhodes as the four drivers eligible for the winner take all final in Arizona.

Gragson is the odds-on winner of the Xfinity championship except that he has to win the final race to make that happen. Larsen is out of the playoffs. He lost the last spot in the group of eight finalists to Chase Briscoe whose crew chief cheated to get him in and past Larsen. There is one more playoff race left for both groups at the short track in Martinsville Virginia. Here are the numbers.

The US Grand Prix, one of three Formula One races that will take place in America in 2023,was won by Max Verstappen over a closer Lewis Hamilton and Charles LecClerc. This included one Red Bull Honda, one Mercedes and one Ferrari. If the latter two could actually run with the Honda this would be perfect. Focus is now on2023 as Verstappen is the 2022 F-1 Champion.  The tour moves to Mexico this weekend on ESPN.

The NHRA has two more meets left before the 2022 top class champions will be crowned. They are in Las Vegas this weekend. Points in top drag racing classes area bit complicated in that drivers earn points for many different things starting with qualifying. If you want to know this tell me or Google NHRA Championship points. For this column know that Justin Ashley has an 82-point lead over Brittany Force who is two points ahead of Antron Brown. Steve Torrence, who has not raced all events, is fourth. Torrence called the NHRA point system the “Welfare Championship” because drivers who do badly all year can come up and beat a driver who has won all the races until the championship starts with a lot of good luck. He may be trying to prove this point. Ashley is a kid. Force is the daughter of John Force; Antron Brown is a person of color and Torrence is Torrence.

In Funny Cars Robert Hight, the dominant Force fielded, entry has Ron Capps nibbling at his lead of ten points. Matt Hagan of Tony Stewart racing is third with a78-point gap to Hight. Eric Ender is the likely Pro Stock champion while Matt Smith and Joey Gladstone will settle their differences on the strip starting with Smith 51 points ahead.  Tony Stewart has announced that he is going to race a fuel car in NHRA in 2023.